Introducing rum.gold, a singer-songwriter from DMV (D.C, Maryland & Virginia) who has recently released his EP aiMless on the 24th April 2020. This is the singer’s second project since releasing yaRn, in 2019 where he has evolved beautifully. His rich, soulful smooth tones make you feel chilled and relaxed and are perfect for chilling in the park with a glass of wine (or soft drink!) on a lovely summer’s day. The album really takes you there.

He used to go under the name ‘anon’ (anonymous) on Soundcloud after being insecure about his voice. He also wanted genuine reviews from strangers who did not know him. Where did he get his name from, you ask? His last name is Drumgold but he took off the ‘D’ which gives him his name.

The album explores the topics of love, life, and family breakdown. 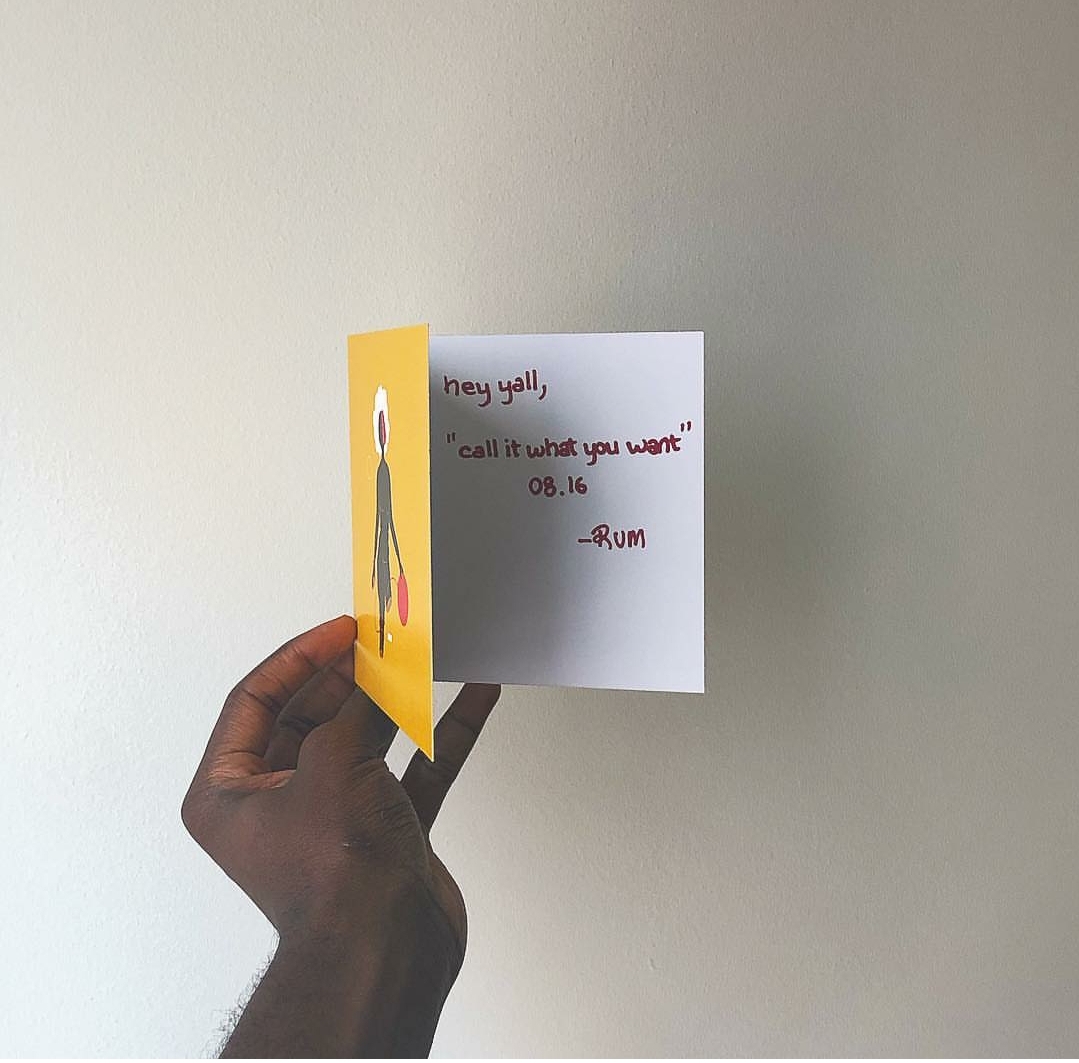 By listening to him and his raspy vocals, you instantly pick up a Jazz/R&B/Gospel vibe where it’s evident some great musicians such as Ella Fitzgerald and Chet Baker have influenced him.

It is a short album compared to many being at around 16 minutes, but it’s crammed full of songs which you’ll like, even with an outro and a guest appearance from Jamila Woods, and Independent star from Chicago with a critically acclaimed album named Legacy! Legacy!

An apology (Intro) – This is the first track which shows raw emotion and tells a story about love. This sets the tone. His lyrics “Oh, if you’re reading this, you probably know by now, I’ve finally found a lover Oh, I love him, I do just couldn’t save you”.

Waiting for feat. Jamila Woods – They work really well together. Definitely one of the top tracks off the album. The guitar brings a lovely touch in the beginning and through the entire song.

Call it what you want

The classic ‘Angel of mine’ by Monica that’s what I first thought straight away after listening to this one. Very soothing and  chill, with melodic symphonies throughout.

This was a great follow up from the intro. “You’re the air I couldn’t breathe, you’re the lock and I’m the key brings a story too many of us can relate to when falling in love with someone. It is highly relatable, in a love letter kind of style. rum. gold’s endnotes are just magical.

Overall, the album is a hit. rum. gold has a unique distinct voice which cannot be forgotten. He is definitely one to watch out for, be sure to hear more of him this year and beyond!

Listen to the aiMless album here:

This website uses cookies to improve your experience while you navigate through the website. Out of these, the cookies that are categorized as necessary are stored on your browser as they are essential for the working of basic functionalities of the website. We also use third-party cookies that help us analyze and understand how you use this website. These cookies will be stored in your browser only with your consent. You also have the option to opt-out of these cookies. But opting out of some of these cookies may affect your browsing experience.
Necessary Always Enabled
Necessary cookies are absolutely essential for the website to function properly. This category only includes cookies that ensures basic functionalities and security features of the website. These cookies do not store any personal information.
Non-necessary
Any cookies that may not be particularly necessary for the website to function and is used specifically to collect user personal data via analytics, ads, other embedded contents are termed as non-necessary cookies. It is mandatory to procure user consent prior to running these cookies on your website.
SAVE & ACCEPT
%d bloggers like this: