Now more than ever is the time to understand the troubles black people are facing every day. The black community around world is currently going through a period of civil unrest, sparked by the death of George Floyd, Breonna Taylor and Ahmaud Arbery at the hands of American police officers. It feels like we are living in dystopian loop; the police kill an unarmed black person, there is an uproar, the government does nothing to bring those who committed such heinous crimes to justice. We have seen this pattern one too many times, in the previous cases of Trayvon Martin, Sandra Bland and Philando Castile, and now the black community has finally had enough.

The unfortunate death of George Floyd resulted in many people flocking to social media to show solidarity to the #BlackLivesMatter movement, including many businesses and sectors of the creative industry. The birth of #TheShowMustBePaused initiative was created by two black women Brianna Agyemang and Jamila Thomas, music executives that had grown tired of witnessing racism that not only occurred in the outside world but also in their boardrooms.

Tuesday 2nd June was a day that was dedicated to “disrupting the workweek”, by using it as a day to reflect on the support the music industry gives to the black community. It is very clear to see how the music industry profits off of black art and how this has made the industry disproportionately wealthy. This idea was then turned into #BlackoutTuesday, a day that consisted of many people posting black squares on their social media timeline to pause from posting images. However, a lot of the posts being made were perceived as being performative activism because, by Wednesday morning, many of those black squares had been deleted. This raised the question of what happens now that we’ve posted our black squares to show our ‘solidarity’? What else can be done beyond posting a black square?

Opening Up The Conversation (And Purse Strings)

Many businesses within the creative industry have felt the intense scrutiny that has come upon on them and began to show their support beyond the black square. Pressure soon began to yield results: Sony Music Group committed £79.7 million “to support social justice and anti-racist initiatives”; Apple Music suspended their schedule on radio and prioritised a programme celebrating black artists; Spotify included an 8-minute, 46-second track of silence in some of their playlists and podcast, “as a solemn acknowledgment for the length of time that George Floyd was suffocated”. Whilst it looks like a promising start, there needs to be a greater conversation that is had in organisations, a conversation that starts with listening to their black staff and employees and a means to tackle the issues raised by them.

As part of this conversation in the creative industry, many artists have been speaking up about their own experiences with racism. It is a well-known fact that the many sectors of the creative industry were built on racism, from profiting off of black art without giving creators any credit to making sure black creatives do not make it to executive levels. Within the music industry alone, many artists have been sharing their experiences on racism. Keisha Buchanan from The Sugarbabes spoke in her recent Youtube video about often being deemed ‘difficult’ when asking to speak to her lawyer before signing a document she did not understand and frequently being labelled a ‘bully’ in the media.

Over on Instagram, Leigh-Anne Pinnock from the popular girl group Little Mix spoke about the underlying racism she experienced, saying she couldn’t be seen as “too loud or opinionated or you’re deemed a diva or aggressive”.  These are some of just a few comments made in recent weeks, showing how prevalent these incidents are in the creative industry and how it is still affecting creatives, both old and new.

For a very long time, the creative industry has not given fair treatment to black creatives compared to their white counterparts. This is a time for institutions and businesses to think about more ways to help the black community beyond posting a black square.

What help is available now?

In order for the creative industry to be more accommodating to black artists, there has to be a sense of equality amongst black and white artists, giving everyone the opportunity to flourish equally. There are many ways available to support black creatives, one of which being the Black Artists Grant. Created by Creative Debuts, this grant selects 3 black creatives monthly, awarding each one £500 to support them.

Also, the Equality in Audio Pact can be signed by production companies to pledge towards equality in regard to race, sexuality and gender in their work practices. 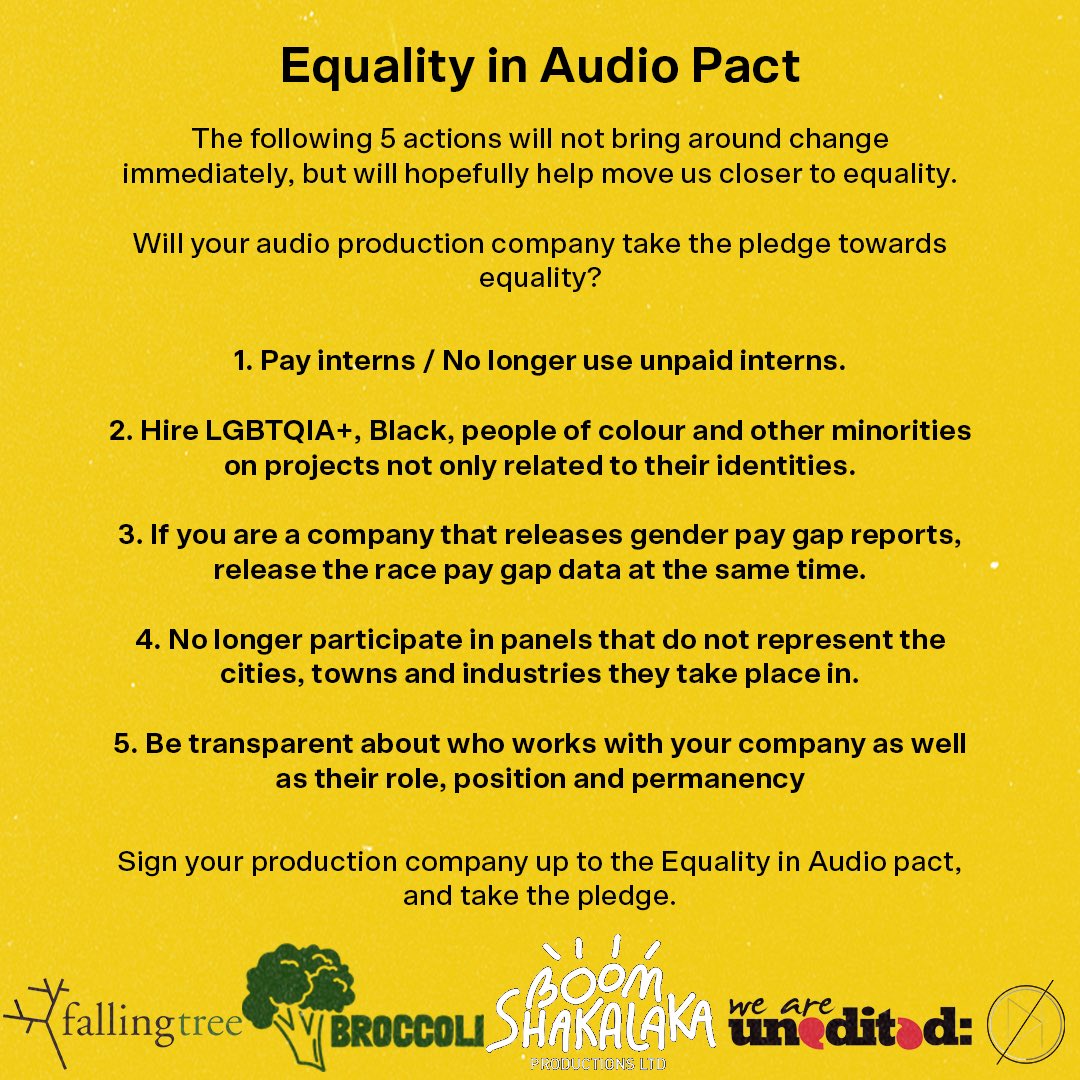 A list of black producers, artists, and labels is also available from Bandcamp, allowing people to offer their support as well as discovering new music. Plaforms like Little Music Thing are also encouraging this by connecting freelancers within the industry with potential clients.

Companies like Clean Hearts Music (CHM) offer advice to help independent musicians/independent managers by educating them on the music industry to enable them to make better-informed decisions for long-term success.

They can be reached via Instagram or email (info@cleanheartsgroup.com).

Whilst these are only humble beginnings, there is no doubt that these small actions will induce a change in our community.

With that being said, for artists like Tahn Solo, there is still more to be done. “Music universities need to support their black artists further than just offering them a place and then leave them floundering in an industry that already goes out of its way to ignore them” he explains, emphasising that what is needed is diverse faculty in these universities. The singer’s reasoning for this is simple, “We need to SEE people that look like us, playing the instruments/music we play because they KNOW what it’s really like for us.”

The black square shows solidarity, but that is only the tip of the iceberg. Beyond the black square, there are many ways that support can be given to black creatives within the industry, not just a meaningless post that is deleted 24 hours later. As we hold the world’s attention, this is the opportunity to be heard and finally see changes that are crucial to the creative industry’s development.